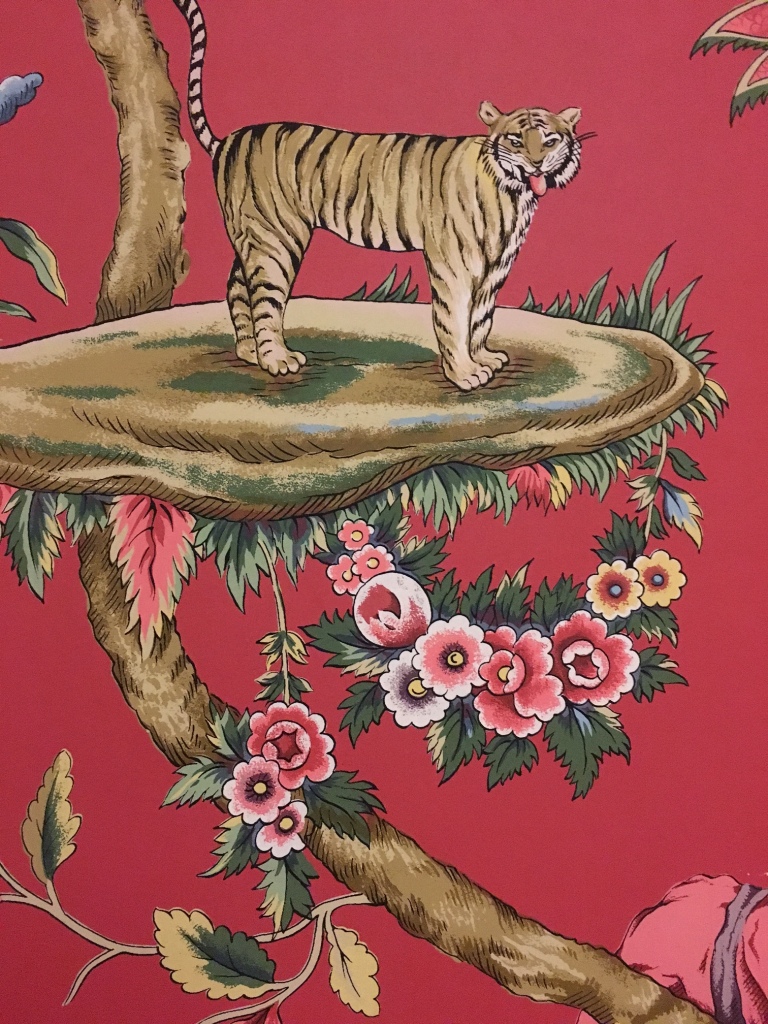 Inside the Founder’s Room bathroom at the Music Center, Los Angeles

I grew up in an age of cameras, not cameraphones and so there are few photos of my social life that I possess. What I remember about going out in my teens and 20s are still images, exterior marquees, decorative patterns on fancy bathrooms, graffiti on bad ones, sticky dancefloors, the white noise of the city driving late at night.

Now that I have a camera in my phone, when I go out, I like to photograph the memories I never caught the first time around. I always liked the VIP bathroom at the Dorothy Chandler, with its separate powdering area and walls of animal chinoiserie. It reminds me of the formality of another era, that was funny and not always politically correct, where it was seen as ok to stare at a piece of wallpaper for more than a glance. There’s been talk of slow food movements, but sometimes I yearn for slow culture.

I was thinking about this last night watching “City of Gold,” the new documentary about Los Angeles’ own piece-de-resistance, the food critic Jonathan Gold. It’s a deep dive into the daily life of the food critic that has not only redefined the importance of l0cal cuisine, but has single-handedly liberated restaurant criticism from linen tablecloth culture. (I recommend eating before watching it.) Gold has been a hero of mine for a long time, and the doc is quite joyous to watch as he traverses through the mini-malls and multi-cultural streets of the city, an urban explorer in truth, confessing along the way how many trips it takes him before he writes a review. (There are many.)  In one scene towards the end of the film, he takes his two children to LACMA and tells a story about how they sometimes look at one piece of art, discussing it for 30 minutes.  That’s slow culture, if you ask me.

I’ve been thinking about mediums and messages the past week, partially because I applied for a job at Medium, and I realized I had never posted anything on the platform.  Slightly in love with conceptual social, I decided to create a Medium account based on excerpts from the books in the closet, my 15 years of journal writing. I have not read through most of these writings ever, and each touch of the page is an adhesive wince to the psyche. But there’s something about them that I’ve been wanting to revisit at this juncture. I feel there is some knowledge in them that will allow me to move forward, that will force me to work hard again at being a better writer.

On Medium, I have several hundred followers, and on WordPress, 1. Each time I post something, my followers, mostly acquaintances know. I’m not sure I like that and in truth, I like this blog better. It’s slow culture in so many ways, anonymous, yet apparent. I can choose to share, but sometimes I don’t want to. I like just placing easter eggs in the digital world. I enjoy my tiny readership. It feels almost as private as these dusty books hidden underneath my collection of black dresses. Like the food critic in disguise, there’s something liberating about going about one’s quest at a turtle’s pace, alone, one philosophical, rambling blog post at a time.